Does Independence Day Make You Think of Your Ancestors? 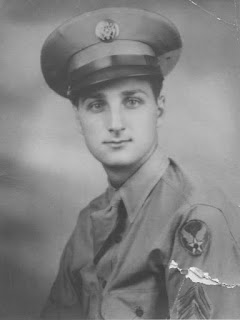 I never met my Uncle Johnny—my mother's brother. He was a Staff Sergeant, a tail gunner, shot down in battle during World War II.


Growing up we heard nothing more than that Uncle Johnny's plane crashed into a mountain, maybe in Yugoslavia.


Then a few years ago my first cousin found an astonishing video on You Tube. The son of one of my Uncle Johnny's crew mates went to the town of Hum, Croatia. There he interviewed an old man named Nikola Tomic who witnessed my uncle's crash in 1944. Nikola was a boy on July 7, 1944.


Nikola describes what he saw at the site of the crash of the B-17G Bomber shot down by Nazis. The bomber crashed about 1 kilometer from his farm near the border of Hungary and what is now Bosnia and Herzegovina.


Knowing this date of July 7, 1944, it didn't take long to realize Uncle Johnny's mission—flying out of the same Italian airbase used by the legendary Tuskegee Airmen—was part of that summer's Battle of Normandy. The battle famously began with D-Day on June 6.


Johnny's plane was headed north to their bombing site in Austria when they were hit. My mother, a young girl at the time, remembers being told that five men parachuted out and five went down with the plane. She said none of them were ever found.


So on this Independence Day I'd like to honor 10 men who fought for our freedoms—my Uncle Johnny and his crew: 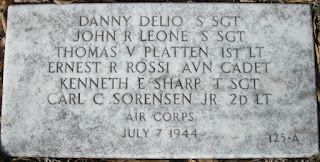