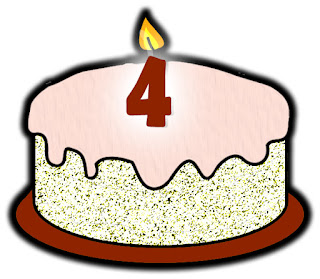 Do you have a set of standard rules you follow when working on your family tree?


Some common sense rules can steer you away from people who have no place in your tree. There will always be lots of exceptions to these rules. But having them as your foundation will help guide you in your research.


Let's focus on rules related to a person's age. Here are 4 rules for you to consider.


Depending on where and when your ancestors lived, you may find a pattern. If you can look at a bunch of marriage documents from your ancestor's town, notice the brides' and grooms' ages.

Setting aside the widows and widowers who are remarrying, how old are the couples in general? Let's say you find a lot of people getting married between the age of 23 and 27. Take note of that! That's probably the customary age for marrying in that town at that time.


To put this rule into action, imagine you've found an ancestor's birth record. Now you'd like to find his marriage record. You can jump ahead 25 years (or whatever age the evidence tells you) and start looking. You may have to check a bunch of years, but you also may get lucky pretty quickly.


Note: If you're finding some ridiculously young brides and grooms, like ages 12 through 16, look at the details. Are their parents all alive? Many times a terribly young daughter is married off if her parents have died and her grandfather wants someone to provide for her.


2. Age When Children Were Born

Forget about men. They can make babies practically forever. But women have a limited amount of years during which they can possibly have a baby.


Being practical, the women in your family tree were probably capable of having a baby from age 16 to about age 48. You can expect your ancestor to have had her first baby as soon as one year after her marriage. And she most likely continued having babies every couple of years until she was too old.


To put this rule into action, be very skeptical of adding a baby in your family tree to a mother who's more than 48 years old. (The poor woman!) Some family tree software will alert you if you're giving a woman a baby she wasn't likely to have had.


When did your foreign-born ancestor immigrate to your country? Depending on the era, it may have been a difficult journey of two weeks to two months or more.


I can't imagine how awful that was. On my last 9-hour flight home from Italy I thought I was going to die of discomfort and lack of sleep. When I saw the movie "Brooklyn" about a 1950s journey from Ireland to America, I felt that I, too, would have been throwing up. A lot.


To put this rule into action, figure on your ancestor making that journey no later than their 40s. In my tree, most of the men who came to America to work came in their 20s when they were able-bodied. If they brought their families over, they did it in their 30s or 40s.

If you don't know when your ancestor came over, start by looking at the years they were in their 20s.


This is the simplest age-related rule. Don't expect your ancestor to have lived more than 100 years.


Use that knowledge to narrow down the years when your ancestor may have died.


Don't forget to look at your ancestor's children. Their marriage documents can tell you if their parents are alive or dead at the time.


These are pretty logical rules. You can make them more scientific by learning all you can about the place where your ancestor lived.

When you look closer, you can find:

Posted by DiAnn Iamarino Ohama at 6:58 AM